Skip to content
On July 4, 2013 the oldest Butternut tree in New York State was slowly and methodically cut down.  Not to make room for urban sprawl or because it was a nuisance or because it blocked somebody’s view but because old age finally claimed it.
The main trunk began to fail on Wednesday and by Thursday morning it was obvious it could not be saved and that the loud crack heard by residents in the morning was a major section of the trunk giving way.  We could hear the wood continue to crack and splinter throughout the morning.
This Champion tree was known locally as an icon, it had stood for over 175 years, that’s a lot of history.
This is the tree that stood across the street from my house in a pocket park.  I’m going to miss it – a lot!
The take down was done by Red Cedar, a local firm.  The work was done with professionalism and respect.
Emotions ran high as residents and members of the Forbus Butternut Association watched the work being done, there were a lot of heavy hearts.
Unfortunately there were a few passerby who did not understand why the tree was being cut down and thought it was a sneaky move by a developer.  Wrong!

Photo from about 10 years ago: 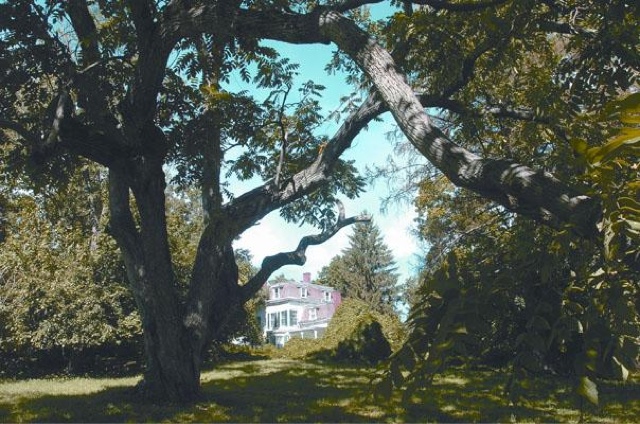 Photo from the evening of July 3 when the cracks became visible: 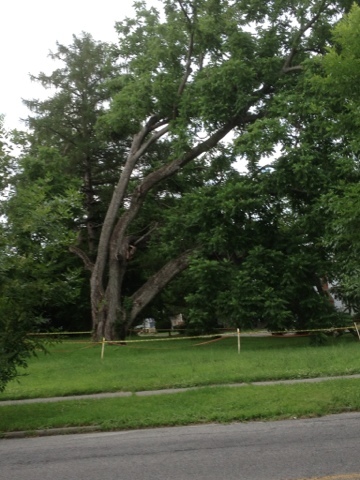 Close up of main branch and trunk crack: 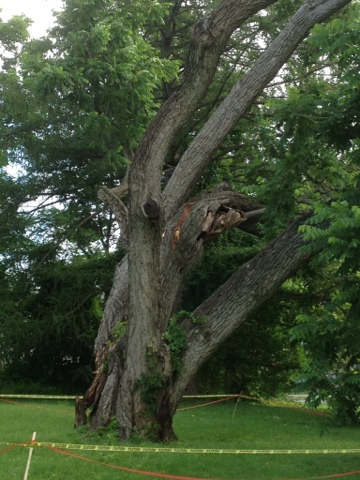 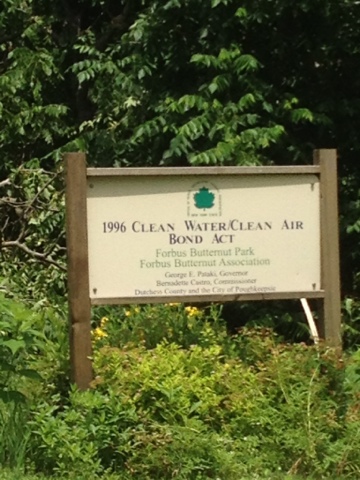 Photo on July 5th as second stage of the take down was underway: 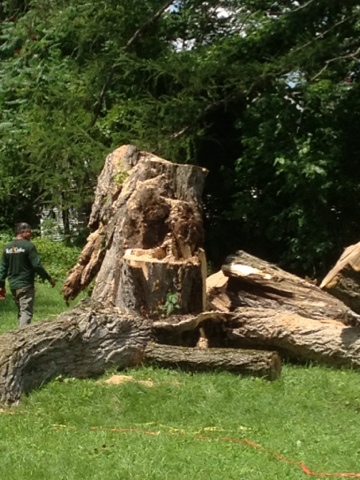 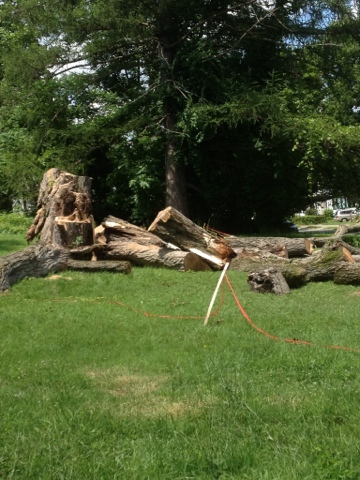 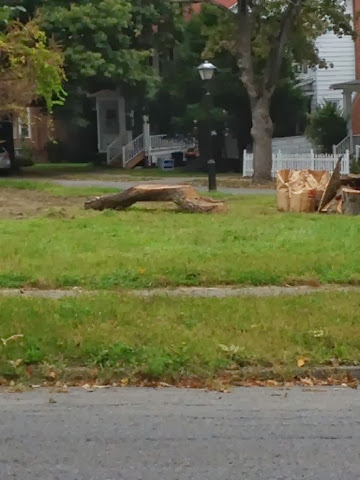